This is a translation of an article originally published on CDB’s Chinese website (see the original here), which introduces the Blue Book of Philanthropy (2018). The Blue Book is produced annually by the Chinese Academy of Social Sciences, and it is an important source of data and insights on the development of philanthropy in China.

As Yang Tuan, the chief editor of the Blue Book of Philanthropy (2018), says: “In 2018, charity in China struggled to move forward in the face of difficulties, but despite this its foundations have been stabilized and a new scene has appeared. From a top-down perspective, 2018 was the year for social organizations to strengthen their governance; from a bottom-up perspective, it was the year for charity to return to its original ethical spirit and leave materialism behind.”

On July 13, 2019, the book launch of the Blue Book of Philanthropy (2019) and the Chengdu Public Charity Forum were held jointly in Chengdu, Sichuan. Nearly 80 people from the charity sector, academia, enterprises, media and the government took part in the event. Guided by the Center for Social Policy Studies of the Chinese Academy of Social Sciences and the Social Sciences Academic Press (China), the forum was co-sponsored by the China Lingshan Council for the Promotion of Philanthropy and the Chengdu Charity Federation, hosted by the Sichuan Red Cross Foundation Waiting for Smile Fund and the Yibin Cheilopalatognathus Charity Hospital (Yibin Stomatological Hospital), and co-organized by Chengdu Science and Technology Journalism Society.

After the opening ceremony the Blue Book’s editor in chief Yang Tuan, a researcher at the Institute of Sociology of Chinese Academy of Social Sciences and consultant of the Center for Social Policy Studies, officially released the book and gave some of her thoughts on big data and development of charity in China.

In 2018, the rule of law for charity in China has moved towards standardisation and systematisation. It was also a year in which China’s charity sector faced major challenges. Despite these difficulties, Chinese charity has not only made great efforts to strengthen its foundation, as the total amount of organisations and charitable donations has continued to grow, but it has also made progress in the areas of volunteer services, community social organisations, sectorial construction and innovation.

Many bright spots for charity in China also appeared in 2018. Due to the formal implementation of the Volunteer Service Regulations, the construction of volunteer service institutionalisation has been strengthened all-round. China has incorporated volunteer services into the overall plan for national economic and social development, bringing tremendous opportunities for the development of volunteering. In 2018, the total number of volunteers in China was about 198 million, accounting for 14% of the population in Mainland China. The number indicates an increase of 4.03 million people, with a 25% growth rate over 2017. Volunteers contributed 82.36 billion Yuan, with an increase of more than 50% over 2017.

Nurturing community social organisations has become a key policy of the state for the first time, with the government giving the order and the localities responding. In addition, the strategic enhancement of the internationalisation of social organisations is not only promoting joint action to integrate resources and improve efficiency and influence, but also breaking across borders and starting to focus on regional cooperation, moving towards participating in the construction of “promoting a regional community with a shared future”.

Sectorial construction has shown cumulative results over the years. New breakthroughs have been made in accountability and self-discipline, providing consultants, training, capacity-building and technical support to resource providers, research and knowledge management, communication and information dissemination. Furthermore, new methods and approaches have emerged for the study of the economic scale (N-GDP) of China’s social organisations.

Innovations in charity are continuing to develop thanks to the internet. On the one hand, internet charity is moving towards a new stage of maturity and rationality; on the other hand, with the emergence of a new charity focused on economic problems, Alibaba has listed poverty alleviation as a strategic business for the company. Alibaba plans to invest 10 billion Yuan and mobilise every unit of the IT giant’s system to explore ways to help poverty-stricken areas eliminate poverty at its root by looking at the five areas of e-commerce, ecology, education, women and health.

The concept of creating an “ethics of charity” has been in the spotlight recently. The cases of the “frost boy” and the Wang Yafeng incident has led the charity sector to reflect on vulnerable children’s struggle for survival and education, as well as the professional and ethical boundaries of charity intervention. The public uproar caused by the succession of sexual harassment scandals linked to public figures has led the sector to focus on the frat culture, deference towards the boss, sectarianism and male chauvinism which have sometimes appeared during the sector’s rapid development, as well as on the lag in the development of an ethics of charity, and the vagueness and even displacement of charitable values. In this way they transformed the credibility crisis of the charity sector into an opportunity for collective review, reflection, education and construction, and initiated positive action to construct a gender-friendly mechanism for the sector.

In 2018, 40 years after China’s reform and opening up began and 10 years after the Wenchuan earthquake relief, China’s non-governmental charity community launched various forms of commemorative activities, and systematically reflected on the gains and losses of China’s modern experimentation with philanthropy. The rise of non-governmental charity constitutes a great change for Chinese society. It reflects the practical experience that non-governmental appeals and government reforms can only make continuous progress by pooling the efforts from above and below without neglecting either side. It is also the basic principle that the future development of charity in China will have to follow.

Why has the total amount of social donations in China not increased but decreased?

Yang Tuan, the editor-in-chief of the Blue Book of Philanthropy (2019), believes that there are two main reasons: on the one hand, with the launching of the official certification of charitable organisations and the guidance of government policies in recent years, the number of donations received directly by government departments has shown a sharp downward trend. Specifically, civil affairs departments have always been in an important position to receive social donations, but in recent years there has also been a downward trend. In 2017, the civil affairs system directly received 2.5 billion Yuan of donations from all walks of life, while in 2018 only about 800 million Yuan of donations were received.

Although they used to be the main recipient of donations, the civil affairs system now receives only around 1% of the country’s total donations. Due to the small amount of donations, the statistic system has gradually neglected the donating announcement. Furthermore a scientific, comprehensive, and credible statistical system for donations received by other organisations has not yet been established, so it is more and more difficult to estimate the total amount of social donations.

On the other hand, China has gradually established a pharmaceutical price benchmark system, and squeezed out artificially inflated prices for medicine. Material donations have accounted for about 30% of total donations over the previous years, out of which 90% were donations of drugs, medical equipment and medical devices. Therefore, the slash in the drug prices has affected the overall statistics on material donations. In a word, the price cut of the medical donations is a major reason for the decline in total donations in 2018.

In 2017 the Chinese government proposed to stop hospitals from self-funding through the sale of medicine, and improve the drug supply security system. This also means that the policy of medicine markups, which was implemented for over 60 years, has formally been withdrawn, thus squeezing out the inflated prices.

Ten years of the Blue Book of Philanthropy

Chinese philanthropy in 2018 revealed a general trend that reflects the different needs of various entities in the specific historical environment of China and has a wide-ranging impact on social life. The country is in the midst of a great change, of a kind which global politics and economics have not seen in 100 years. Multiple uncertainties lead to frequent contradictions in Chinese social life, which grapples with the confrontation between the new and the old social structures accumulated in the 40 years reform and opening-up.

Yang Tuan believes that philanthropy in the future will be tense, more rigid than flexible; more centralised than decentralised, but it will also grow into a dynamic spiritual force with a tremendous impact. More attention should be paid to the power of philanthropic thought, which should explore the relationship between the various subjects of philanthropy and charity in this new era. More importantly, we should reflect on charitable ethics, organisational construction and historical and cultural essence.

In 2009, Yang Tuan led the team that compiled and published the first edition annual Blue Book of Philanthropy. 2019 marks the beginning of the second decade for this project. Yang Tuan stresses that it is of great significance to choose Chengdu as the host in this year, as China’s modern philanthropy reform actually started from the Wenchuan earthquake relief, while in the past decade Chengdu and Sichuan’s philanthropy has continued to develop and innovate.

Over the past decade, the Blue Book of Philanthropy has always been based on the frontline of national reform and development, observing and grasping the growth trends of charity in China, recording and analysing modern charitable changes in the interaction of politics, the economy, society and culture. Over the years it has become an important reference for people from all walks of life to understand the development and characteristics of modern philanthropy in China. 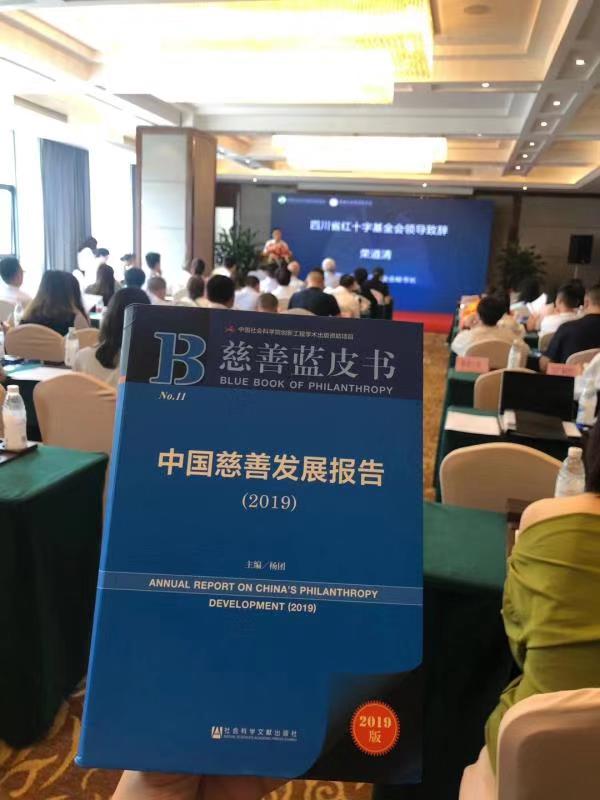 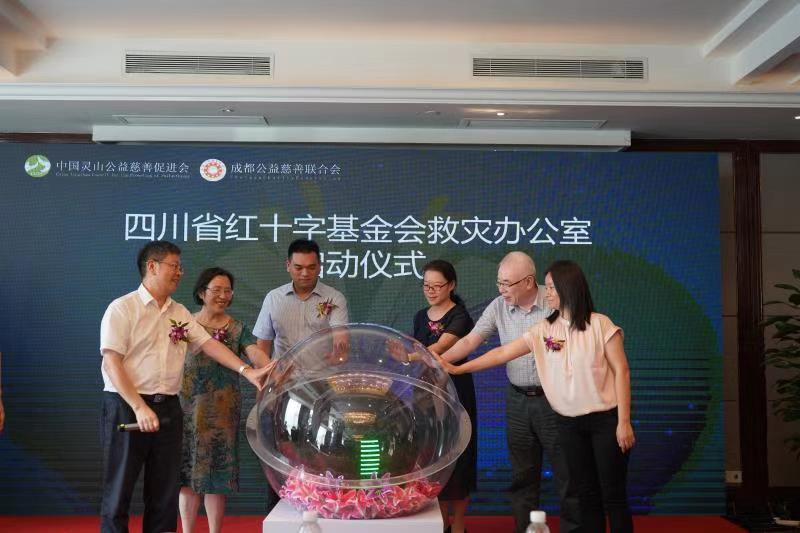 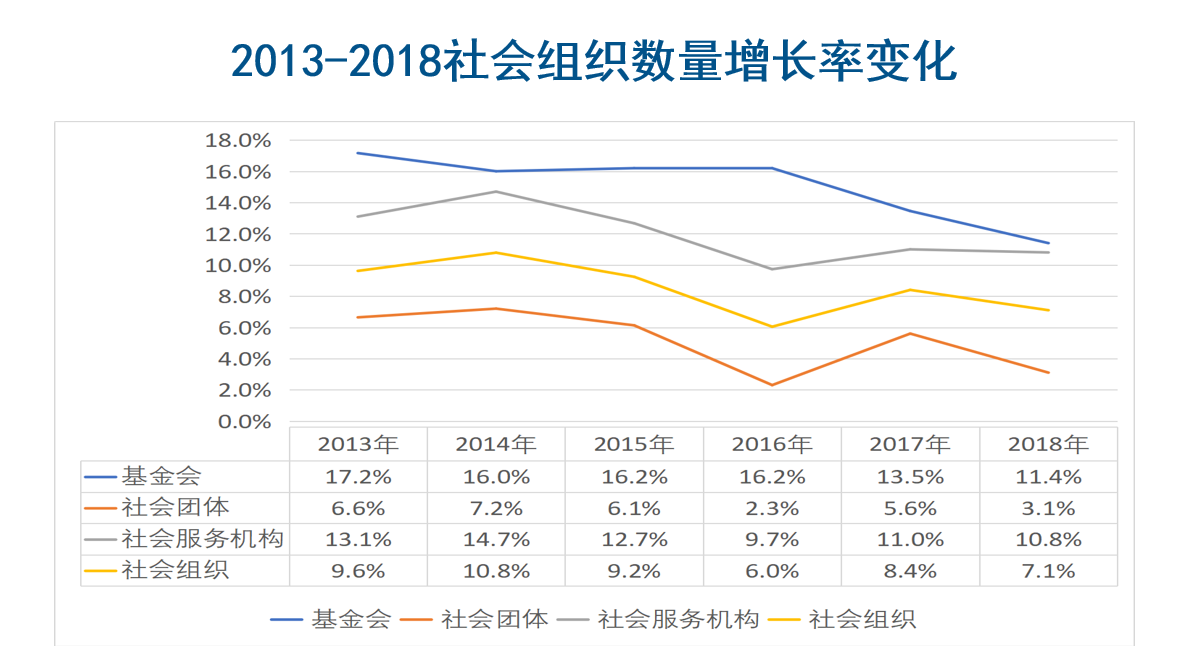 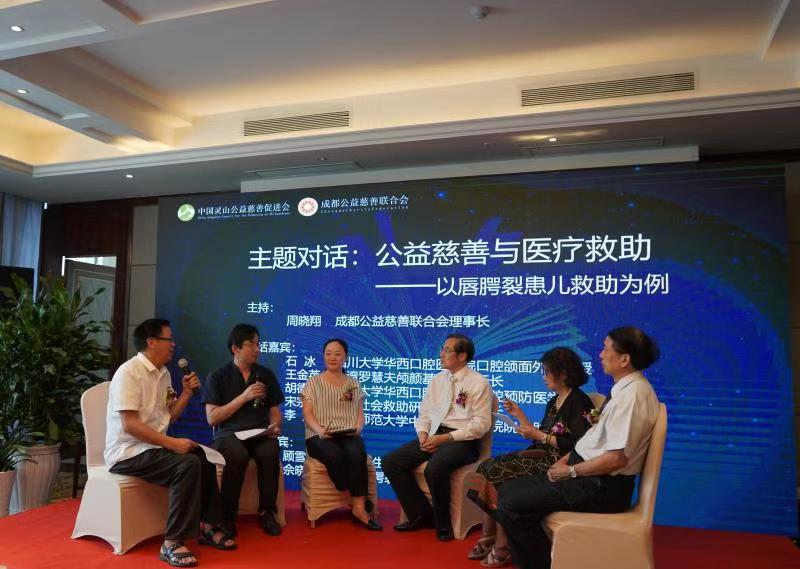