CDBArticlesInsights from the China Charity Fair

Insights from the China Charity Fair

The Fifth China Charity Fair took place in Shenzhen at the end of September. It was a huge event, with over 2600 Chinese organizations taking part as well as 75 international ones. The fair also attracted some of the most important names in the country’s charity sector. This article from the Charity Times, which we have edited and abbreviated, presents some of the views and insights offered by the leading figures in Chinese philanthropy during the fair.

The Fifth China Charity Fair ended on the 25th of September. On the occasion, more than 230 representatives of international and Chinese social organisations were invited to participate in various sub-forums and discussions. The topics discussed included the Charity Law, fundraising, innovation in charity, charitable trusts, charitable investment, women’s charity and community foundations.

What opinions did they share, and what are their views on the development of the charity sector?

The Charity Law and social enterprises – Xu Yongguang, Chairman of the Narada Foundation

“The benign development of the Chinese charity sector depends on the improvement of the legal mechanism. China’s first ever charity law took effect in September. Much follow-up work is expected to be implemented, notably on taxation policies.

I just heard that the Laoniu Foundation had to pay 250 million yuan of corporate income tax and another 8 million as a fine for being late in their payments. This indicates that foundations are also being made to pay income tax on the income they make from charitable investments. Moreover, the Huamin Foundation reduced its funds to 50 million from 200 million, and Amway halved its original funds from 100 million to 50. The problem of foundations reducing their funds needs to be addressed. The charity law prescribes that charitable organisations can receive tax breaks on their income. Let’s make this come true”, said Xu Yongguang.

As he put it, “social enterprises at present need to break through a dilemma: the government is incapable of conducting charity well in spite of its supreme power and affluent funds; social organisations have a strong will to do charity well, but in the meantime are limited due to insufficient funds, power and capabilities; enterprises are rich in funds and resources but prioritising profits.” Therefore, the question is how to exploit and integrate the advantages of each one.

The era of the charitable economy is approaching – Wang Zhenyao, dean of the China Global Philanthropy Institute

“The global economy is being tested by charity, as charity is already becoming a shared value for human civilization. China’s charity business is gradually being integrated into international charity. The charity law allows charitable organisations to increase their wealth through investment, which will contribute to the development of charitable finance.”

There will be a fair public judgement for Chen Guangbiao’s charity business –  Ma Weihua, president of the China Global Philanthropy Institute’s board

When asked about the controversial philanthropist Chen Guangbiao and his charity business, Ma Weihua said: “people can make donations in either a high profile or a low-key manner. The charity business is completely open to public opinion, so there will be a fair public judgement of Chen Guangbiao.” The Chinese Global Philanthropy Institute president also spoke about his attitude towards the charity law, expressing his opinion that the implementation of the tax reductions within the charity law will truly be carried out.

“I started my new business, the Qiaonu Foundation, in 2015, and I promised to donate three billion in stock shares at the time. Nevertheless, I haven’t figured out a strategy for my foundation so far. I appreciate what Mr. Ma Weihua just said: charitable organisations have to be managed according to business management standards. Currently, I am trying to build up an eco-circle for all the environmentalists who want to protect our environment.”

At the Fourth China Charity Fair last year, a first batch of seven social enterprises received their qualifications. This year, the number of companies recognised as social enterprises rose to sixteen. The secretary of the China Charity Fair claimed that the standards of qualification for this year are much stricter, stating that the enterprise had to have promoted employment, reduced poverty, and made a contribution to environmental protection. The enterprises are supposed to have been established for at least one year and employ more than three members of staff. Furthermore, at least 50% of the enterprise’ income has to be gained from the sale of its charitable services and products.

Dian Chunli also spoke about the Golden Award, which this year was given to a credit management company that provides less well-off people living in rural areas with loans. The company offered 150 loans, for a total of 16.7 billion, to people in 210 counties and 18 provinces”.

Charity is dependent on the government – Zheng Gongcheng, director of the China Social Insurance Association

Zheng added that the voluntary, non-governmental and open nature of the charitable sector should be respected. The ideal relations between social organisations and the government should be cooperative and not administrative; the fundamental conditions of China should be respected on account of the traditional virtue of benevolence in Chinese culture.

Capital management in a spirit of sharing – Lu Dezhi, director of the Human Foundation

“The countries attending the G20 summit reached several points of consensus. The core values can be summarised with two keywords: capital and sharing. As I see it, historically there have been three periods for capital operations: a great development before the 20th century; restrictions during the 20th century, especially the middle of the century, for instance through welfare state policies; and broad sharing in the 21st century. The sharing I refer to is not forced sharing but voluntary sharing, which requires more individuals to participate”, says Lu De. He emphasised that in future capital and sharing will represent the mainstays of human development, as well as the harmony between human society and nature.

The origin of the wealth gap – Liu Wenkui, Secretary of the China Foundation for Poverty Alleviation

The origin of the wealth gap, in Liu Wenkui’s opinion, is the modern capital mechanism based on the modern enterprise system, which separates management from ownership. This way capital only pursues the best resources and those who don’t own capital are left behind.

Taxation isn’t too useful for balancing the wealth gap. The charity sector has therefore been developing very rapidly, but the basic problem is still far from being resolved. There are still however high expectations towards charity enterprises being able to solve these problems. Liu Wenkui believes that there are three basic differences between charitable enterprises and normal ones:

Stay determined when raising funds – Kang Xiaoguang, dean of the China Institute for Philanthropy and Social Innovation of Renmin University.

“On the one hand, fundraising training should be subject to China’s market demand and explore proper technical approaches; on the other hand, it should incorporate social values and cultural concepts. Currently a lot of foundations are making more and more use of terms from the business world during the process of fundraising, terms like “large donor” and “customer satisfaction”; at the same time, they are losing sight of the needs of those they are supposed to be helping. In future the real needs of the recipients should be stressed, and raising funds should not become the determinant of values and actions.”

We are also troubled by the crisis in trust – international philanthropists

In the wake of the progress Chinese philanthropy has made, an increasing number of people are requiring that the sector be more transparent. This phenomenon is however just as widespread in other countries.

Penelope Cagney, a representative of the Philanthropic Fundraisers Association (US), remarked that “we’ve found out that a wealth of donations is directly flowing to charitable trusts and funds instead of charitable organisations. This is now common in the United States. To illustrate, there is an American charitable organisation, specialising in providing assistance to those who were injured in war, that spends 17 to 20 million dollars per year on various kinds of conferences and administrative expenses but far less on assisting the injured, and this kind of thing provokes distrust from the public. It’s a problem we need to solve.”

The same sort of problems occur in the UK. Dominic Will, the joint manager of one of the biggest face-to-face fundraising companies, Home Fundraising, says frankly: “we are dedicated to cultivating a spirit of voluntary and continuous donation in the public. For instance, we persuade people to allocate a fixed proportion of money from their account to a charitable organisation every month. The spirit we are looking for has now taken shape, however some recent incidents, for instance the case of an elderly lady committing suicide after being harassed by people seeking donations, have reduced donors’ trust in charities as well exposing problems with the UK’s supervisory bodies.” 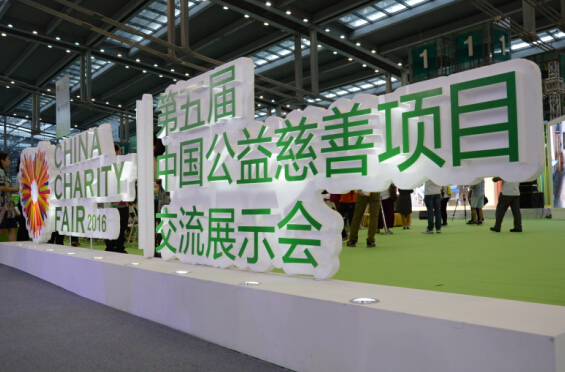 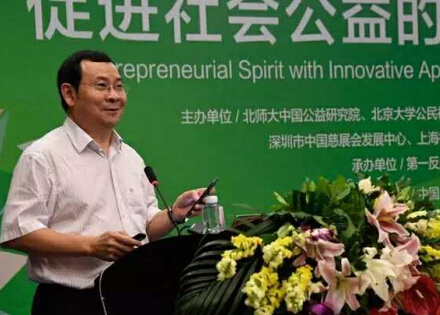 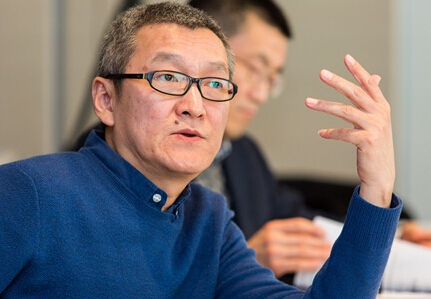 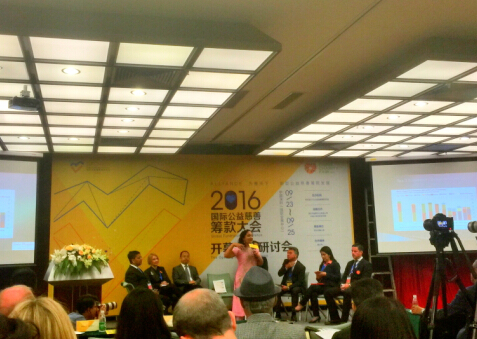